They have seen some of the most epic football battles. They have brought up the world’s biggest football names. They have heard hordes of roaring fans singing together their glorious songs. They have turned into modern Coliseums for thousands of dedicated spectators and the homes for the world’s most popular teams boasting a rich history, iconic wins, and numerous battles.

That’s right! We are talking about top 10 biggest football arenas in England. The stage is set, the green flag drops. 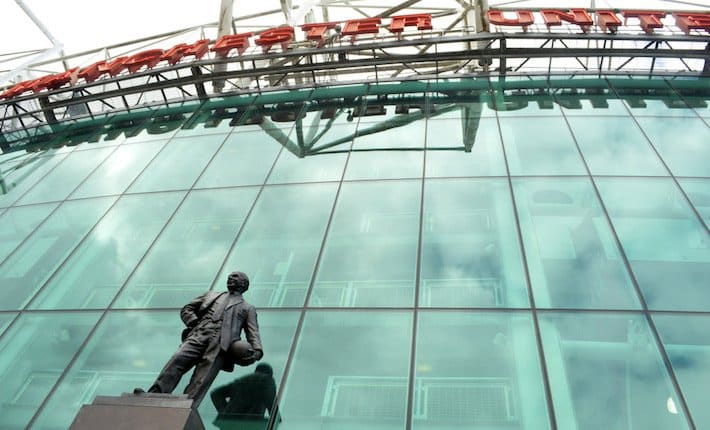 The legendary Villa Park once used to have a bicycle track around the pitch. Since 1914, the arena has witnessed several reconstructions to become a stadium that meets modern needs. The grand opening took place in 1897. The stadium once hosted more than 76,000 fans during the FA Cup 6th round game against Derby County. The owners are planning some new updates to increase the general capacity up to 50,000. In other words, we can expect the arena to go higher in our list. For now, it takes 10th place.

Built in 1997, this relatively new arena differs from the old traditional English stadiums. As a result of the Taylor Report, it does not have a standing area behind the goal. The Stadium of Light is a 100% all-seated stadium. Well, it does not spoil the atmosphere during the match when all 49,000 spectators are singing Elvis Presley’s “Can’t Help Falling in Love” before the starting whistle.

The legendary arena has been home for Newcastle United for over 125 years. Such iconic names as Peter Beardsley, Alan Shearer, and Shay Given have made their path to become A-star football players and living idols for their dedicated supporters. St James’ Park was the first ever English stadium to bring 50,000 spectators to the league match while the record attendance is 68,000+ fans on a match against Chelsea back in 1930.

The club will never walk alone when more than 54,000 of passionate supporters are brought to one place at this glorious ground. Opened in 1886, Anfield is one of the biggest and most popular arenas not only in England but also in Europe. The general capacity was increased thanks to the updates and reconstructions made in 2014. However, it seems like new enlargements will be necessary considering a growing number of Liverpool fans from Egypt.

Formerly known as The City of Manchester Stadium, Etihad was renamed due to commercial reasons. The arena is relatively new if compared with other grounds from the list. It was opened in 1999 and became the home of glorious Manchester City. The funny thing is that the stadium’s record attendance during the match between Leicester in 2016 (54,693 spectators) did not exceed its general capacity. Well, the team should feel optimistic considering its current success.

Opened in 2006, Emirates Stadium is also known as the Arsenal Stadium of Ashburton Grove. The home of Arsenal F.C. has replaced the iconic Highbury that was unable to meet both club’s and fans’ requirements. The arena has seen irremovable Arsene Wenger ending his career in the club and new faces to join the club. On the other hand, it will never forget such legendary games as the match between M.U. in 2007 featuring 60,161 of spectators.

Opened in 2019, new Tottenham Hotspur Stadium will obviously be a football masterpiece introducing latest technologies and facilities to meet spectators’ every need. Cosy heated seats with USB charging ports and access to lounges. Architects turned 72,000 square feet of concrete into a new home for Harry Kane and Co.

London Stadium was built as a multi-purpose ground for the Olympics. Today the magnificent arena hosts not only West Ham United home football matches but also other major sports events such as the Rugby World Cup and some of the world’s best concerts. It is also known as the Olympic Stadium as well as the Stadium at Queen Elizabeth Olympic Park. This one-of-a-kind ground is definitely a must-see stadium for every football fan.

The home of football legends and Sirs like Sir Alex Ferguson and Sir Bobby Charlton, Old Trafford is the second biggest football arena in England. Opened in 1909, it was reconstructed for several times to reach its current capacity. Old Trafford suffered devastating damages during World War II and Manchester United stayed homeless for four subsequent seasons. The gorgeous arena has been rebuilt to host a number of great matches which added the trophies to the club’s epic collection.

Opened in 2007, the biggest English arena was a temporary home for Tottenham Hotspur. The club was forced to change its home ground, as the legendary White Hart Lane is about to be demolished and construction of a new stadium was not nearly completed. For now, Wembley Stadium is the home for England national football team. In fact, the record capacity was observed during the match between Cardiff City and Portsmouth in 2007.